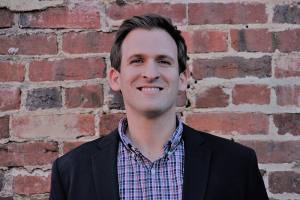 At Adapt IP Ventures, Brian manages many of the firm’s patent monetization and analysis projects. He implements a hands-on approach in his assessment of IP portfolios, personally researching technical and legal merits as well as the various marketplace factors at play. Since joining Adapt IP in 2012, Brian has been directly involved in over 50 transactions across both sell-side and buy-side engagements.

Prior to joining Adapt IP, Brian started his career as a Patent Examiner at the United States Patent & Trademark Office in its Computer Architecture, Software, and Information Security technology center. Brian subsequently worked for Landon IP (now owned by CPA Global) as a patent analyst where he assisted many Fortune 500 technology groups across various prosecution, litigation, and analytics projects. Post business school, Brian consulted for AI Patents, an early-stage, semantic search engine company, where he directly assisted in raising early stage funding and in securing its beachhead customers. In his free time, Brian remains active in pursuing his own innovations, currently working with a number of international partners to develop his patented, augmented reality eyewear technology.

Brian graduated with an MBA from the University of North Carolina, Chapel Hill with a concentration in Entrepreneurship. He received a Bachelor of Science degree in Electrical Engineering from the University of Maryland. Brian is also a Registered Patent Agent (Reg. No. 63,306), a member of the Licensing Executives Society (LES), and a member of the VR/AR Association.